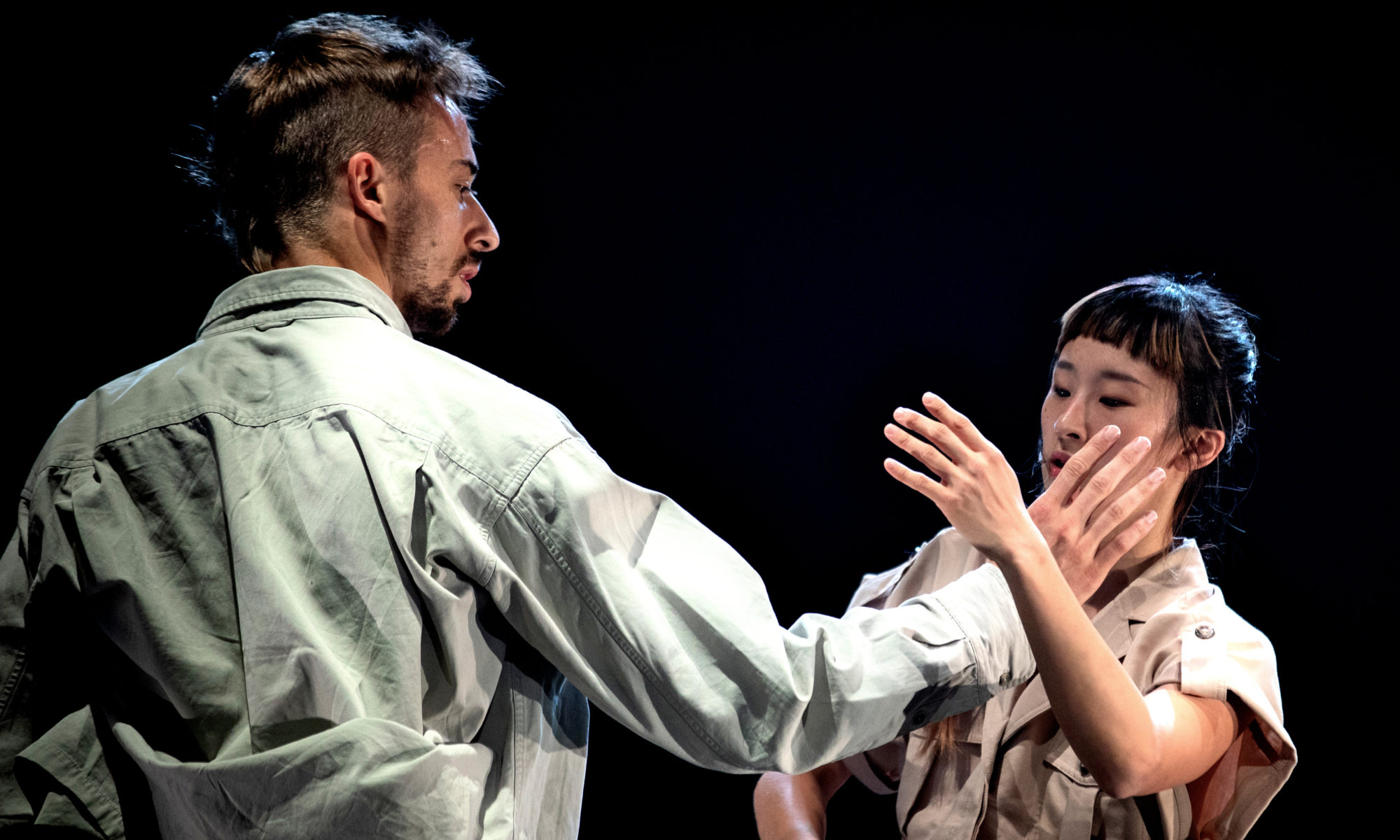 This piece deals with the various emotional facets of two of the most furious creatures in the animal kingdom. They are feared by other predators, despite being five times their size. These two animals, which belong to the same family but live in different parts of the world, are exploring their almost supernatural skills – like to survive a king cobras Venum or to make a whole turn in their own skin. These two are meeting for the first time in this creation!